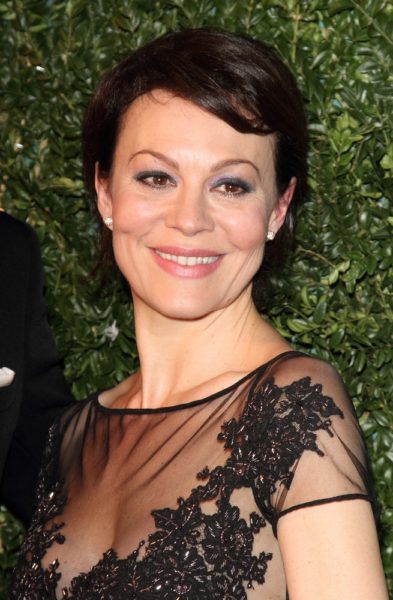 McCrory in 2014, photo by prphotos.com

Helen McCrory was a British actress. She is known for her roles in film and television, and on stage.

Helen was the daughter of Anne (Morgans) and Iain McCrory, a diplomat. Her father is Scottish, from Glasgow, and her mother is Welsh. She was raised partly in Norway, Paris in France, Nigeria, Cameroon, Tanzania, Zanzibar, and Madagascar. Helen was married to actor Damian Lewis, until her death, with whom she had two children.