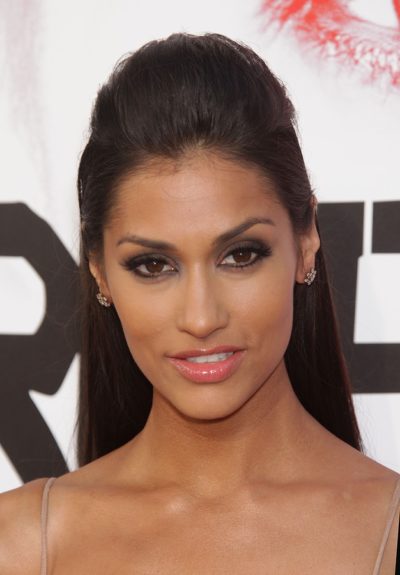 Gavankar in 2012, photo by DFree/Bigstock.com

Janina Gavankar is an American actress and musician.

Her parents, Shan-de-Mohra and Peter Gavankar, are from India. Her father was from Pune, Maharashtra, with Marathi ancestry. Her mother is of Indian and Dutch descent.

Janina’s maternal grandfather was Shivaji Wasudeo Shahane (the son of Dr. Wasudeo Raghunath Shahane and Kamala Parande). Shivaji was born in Amravati, India. Kamala was the daughter of Keshav Govind Parande and Radha.