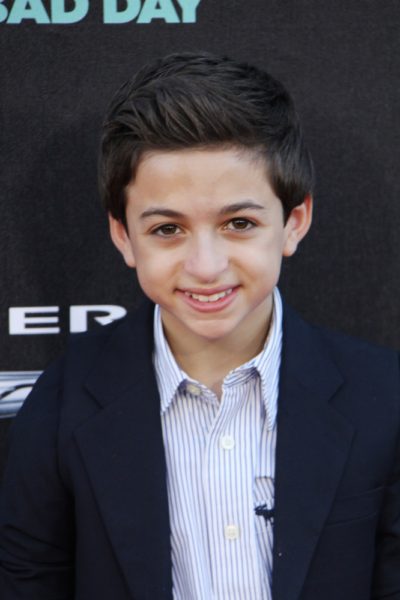 Josie Totah is an American actress, comedian, and singer, her full name being Josie Jaye Totah. She was previously credited as J.J. Totah. She is transgender. She is known for her roles on the series Jessie and Saved by the Bell (2020-), among others.

Josie’s father is of Palestinian Christian descent. Josie’s mother is of half Lebanese, one quarter Italian, one eighth Irish, and one eighth German, ancestry.

Josie’s paternal grandfather was Mansur Isa Totah (the son of Esa Totah and Hilweh Shatara). Mansur’s family was from Ramallah, West Bank. Esa was the son of Ghannam Totah and Hanneh Balat. Hilweh was the daughter of Elias Shatara and Nimeh Araj.

Josie’s paternal grandmother was Naimeh Muhawieh (the daughter of Issa Muhawieh and Nazeera/Nazira Tarazi). Naimeh was born in 1937 in Ramallah, West Bank. Issa was the son of Ibrahim Muhawieh and Martha Balat.

Josie’s maternal grandmother is Mary Frances Riley (the daughter of Harold Edwin Riley and Loretta Cleon DiCresce). Harold was born in Ohio, the son of Lancelot Vernill/Vernell Riley, who had Irish ancestry, and of Mary Ella/Ellen Fisher, whose parents were German. Loretta was born in Ohio, to Italian parents, Santo Alexander DiCresce and Francis D’Alphonso.

Sources: Genealogy of Josie Totah (focusing on her father’s side) – http://worldconnect.rootsweb.ancestry.com