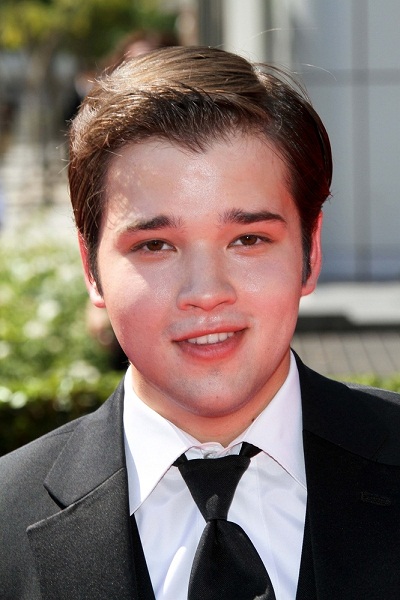 Nathan Kress is an American actor, director, and model. He is known for his roles on the shows iCarly and Star Wars Rebels, and in the film Tell Me How I Die.

Nathan is an evangelical Christian. He is married to actress and stunt performer London Elise Kress, with whom he has two children.

Nathan is a first cousin, once removed, of film producer and voice actor Ron Conli.

Nathan’s paternal grandmother is Carolyn Louise Stone (the daughter of Roy Lewis Stone and Ruth Alice Mueller). Carolyn was born in California. Roy was the son of Alfred Newton Stone and Anna/Annie Lewis Reasoner. Ruth was the daughter of Alexander Mueller, who was born in New York, to German parents, and of Mary Catherine “Mamie” Hotz, who was born in Pennsylvania, also to German parents. Ruth had roots in Baden-Württemberg and Hessen/Hesse-Darmstadt.

Nathan’s maternal grandmother was Hazel Dale Haggard (the daughter of Walter Ernest/N. Haggard and Marguerite/Margaret Latimer). Hazel was born in Mississippi. Walter was the son of Leonidas L. Haggard and Hester Annie. Marguerite was the daughter of Robert B. Latimer and Florence E. Chisolm.

Sources: Genealogy of Nathan’s father (focusing on his own mother’s side) – http://worldconnect.rootsweb.ancestry.com