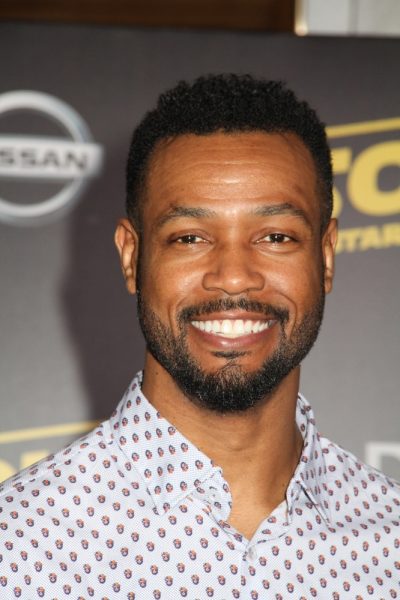 Isaiah Mustafa is an American actor and football wide receiver. He stars as adult Mike in It Chapter Two.

He is the son of Shahidah and John Wali Mustafa. He was raised in Mission Viejo, California. His father ran a limousine service in Laguna Hills.

Isaiah is married to Lisa Mitchell. He has a daughter with his former wife.

Isaiah’s paternal grandmother was Florence Davenport (the daughter of Henry Davenport, Sr. and Lucy Jane/Janie Elder). Flornce was born in Georgia. Henry was the son of Mansel/Mancil Davenport and Mandy Crawford. Lucy was the daughter of Jack Elder and Sarah Willoughby/Hargrove.