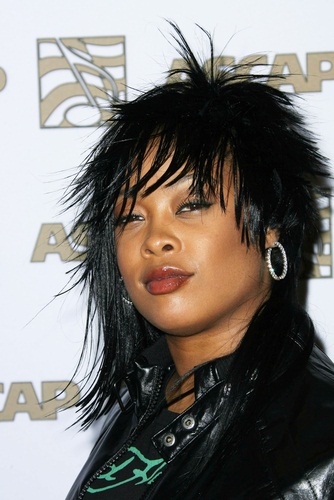 Da Brat is an American rapper and actress.

She is the daughter of Nadine Brewer and David Ray McCoy. She was raised attending an Apostolic church. Da Brat has two children.

Her half-sister through her father is actress, model, and businessperson LisaRaye McCoy. Her niece is LisaRaye’s daughter, model Kai Morae.

Da Brat’s paternal grandfather was Jesse McCoy (the son of Frank McCoy and Annie Kidd). Jesse was born in Alabama.

Da Brat’s paternal grandmother was Violee Byrd (the daughter of Tom Byrd and Eloise Peters). Violee was born in Mississippi.