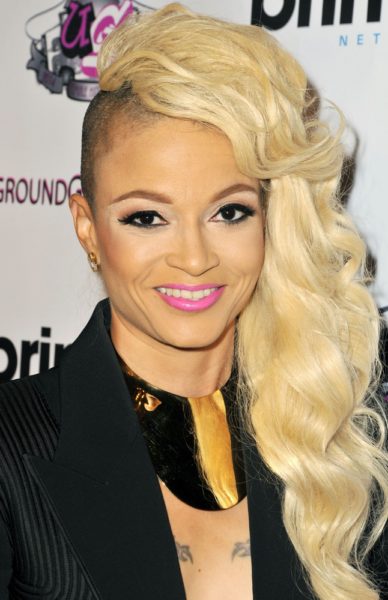 Charli Baltimore is an American rapper and songwriter. After a romantic relationship with Notorious B.I.G in 1995, Charli was signed to a record label. From there she collaborated with the likes of Junior M.A.F.I.A., Cam’ron, and N.O.R.E.

Talking about her German-language tattoo, She said:

It says ‘we are never deceiving others, we are only deceiving ourselves,’… I kinda got it like paying homage to my dad. My dad was German and Irish, so I dunno, just something different.