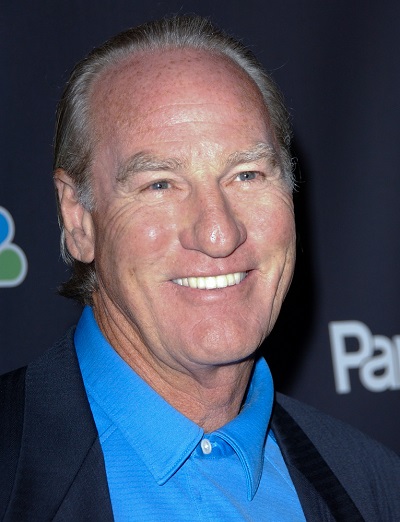 Nelson in 2010, photo by Prphotos.com

Craig T. Nelson is an American actor and comedian.

Craig is the son of Vera Margaret, a dancer, and Armand Gilbert Nelson, a businessperson. He is married to writer and actress Doria Cook-Nelson. He has three children with his former wife Robin McCarthy.

Craig’s paternal grandmother was Daisy May Kee (the daughter of James V. Kee and Ellen Annette Pingry). Daisy was born in Minnesota. James was the son of James Kee and Rachel Morton. Ellen was the daughter of Charles Clinton Pingry and Eunice Johnson.

Craig’s maternal grandmother was Edna May VanHooser (the daughter of Charles Van Hooser and Margaret/Maggie Jane Gillen). Edna was born in Iowa. Charles was the son of Charles E. Clark Vanhooser and Caroline Warren. Margaret was the daughter of Scottish parents, Alexander/Alex Gillen and Elizabeth.

Genealogy of Craig T. Nelson (focusing on his mother’s side) – http://worldconnect.rootsweb.ancestry.com