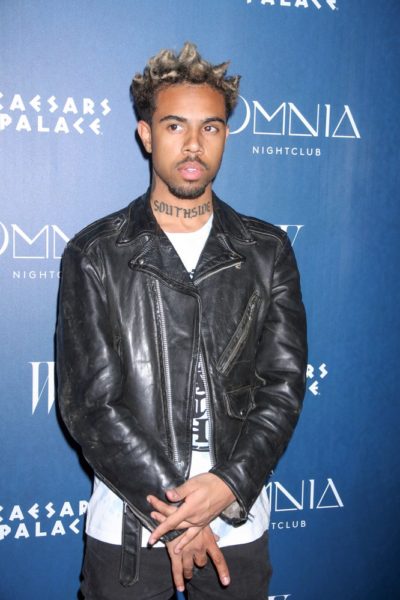 Vic Mensa is an American rapper. His father, Edward Mensah, is a university professor, who was born in Ghana, and likely has Ashanti [Akan] ancestry. His mother, Betsy McGurk, works in the Public School system, and is a white American, of Irish, German, English, and Scottish descent.

Growing up half-white and half-black, there were times when I was younger when I just wished I could be one or the other. Never being fully accepted somewhere is hard… I’m still different, you know. I’ve never been 100% something that you could put in a box. I think that crosses into my music and my experience in the rap industry.

Vic’s maternal grandfather was Charles Ralph/K. McGurk (the son of Ralph K. McGurk and Mary Knapp). Vic’s great-grandfather Ralph was the son of James McGurk and Margaret Scott, who was born in Fingal, Elgin County, Ontario, Canada. Mary was the daughter of Homer Edson Knapp and Harriet Peck.