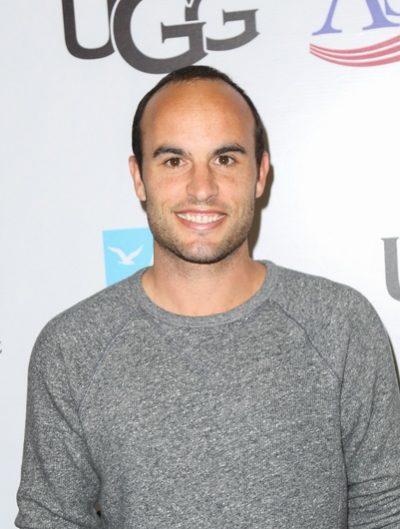 Landon Donovan is an American professional soccer player. He is the manager, co-founder, and vice-president of soccer operations for USL Championship side San Diego Loyal SC.

Landon is the son of Donna and Tim Donovan, a semi-professional ice hockey player. His father is from Canada. Landon is married to Hannah Bartell, with whom he has two children. He has distant ancestors who were Amish and Mennonite.

Landon’s maternal grandfather was Rex Allen Kenney (the son of Roy Alfred Kenney and Mary Velura Alexander). Rex was born in Nebraska. Roy was born in Colorado, the son of William Walter Kenney and Caroline Ida Roth. Mary was born in Iowa, the daughter of Alfred Cleo Alexander and Laura Luella Doan.

Sources: Genealogy of Landon Donovan (focusing on his mother’s side) – http://www.geni.com