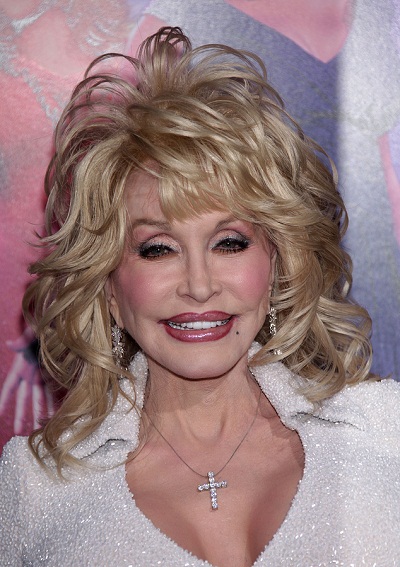 Parton in 2012, photo by DFree/Shutterstock.com

Dolly is the daughter of Avie Lee Caroline (Owens) and Robert Lee Parton. Her brother was songwriter Floyd Parton. Much of Dolly’s ancestry is English, along with Scottish, Irish, German, Welsh, and Scots-Irish/Northern Irish. Her family has lived in the American South for a long time. She is married to Carl Dean.

Among her siblings are/were singer and songwriter Stella Parton. musician and actor Randy Parton, and singer and actress Rachel Dennison. Her uncle was songwriter Bill Owens.

Dolly has been said to have some degree of Cherokee Native American ancestry. No such ancestry has of yet been documented/verified in her family tree. For more information, see this Q&A.

Dolly’s paternal grandmother was Bessie Elizabeth Rayfield (the daughter of George Washington Rayfield and Cassandra/Cassey/Casie/”Cassie” Ann Moore). Bessie was born in Tennessee. George was the son of Charles Rayfield and Elizabeth Bohannnon/Bohanan. Cassandra was the daughter of Andrew Jackson Moore and Rachel Metcalf.