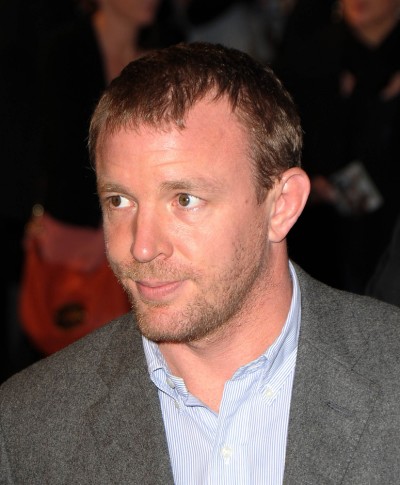 Ritchie in 2010, photo by Prphotos.com

Guy Ritchie is an English filmmaker.

Ritchie is the son of Amber Mary (Parkinson) and Captain John Vivian Ritchie. His father re-married to Shireen Ritchie, Baroness Ritchie of Brompton, a model, politician, and life peer. His mother re-married to a baronet.

He has three children with his wife, model Jacqui Ainsley; and two children, including Rocco Ritchie, with his former wife, American singer and actress Madonna.

Guy’s paternal grandmother was Doris Margaretta McLaughlin (the daughter of Vivian Guy Ouseley McLaughlin and Edith Jane Martineau). Vivian was the son of Hubert McLaughlin and Frederica Crofton. Edith was born in Brazil, to English parents, William Martineau and Margaretta Sarah Mason. Her surname comes from her own French great-great-great-grandfather, David Martineau. Through Edith, Guy shares common ancestors with Catherine, Duchess of Cambridge. The McLaughlins have a pedigree going back to King Edward I of England.

Genealogies of Guy Ritchie (focusing on his father’s side) – http://www.geni.com
http://famouskin.com