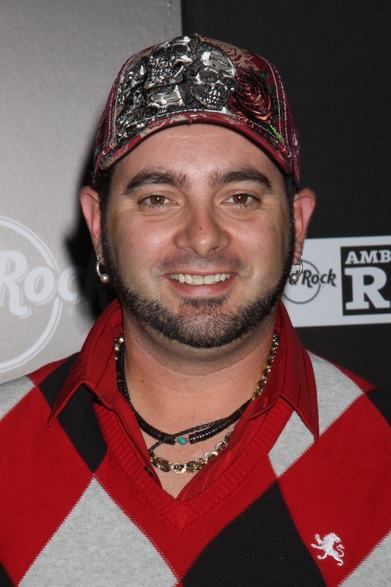 Kirkpatrick in 2009, photo by prphotos

Chris Kirkpatrick is an American singer, dancer, and actor. He was a member of the boy band NSYNC, with Lance Bass, JC Chasez, Joey Fatone, and Justin Timberlake.

Chris is the son of Beverly and Byron Kirkpatrick. His ancestry is heavily Pennsylvania Dutch [ethnic Germans in Pennsylvania]. He has German, Swiss-German, as well as Irish, Scottish, Scots-Irish/Northern Irish, English, Cornish, and Welsh, roots. Chris has also evidently said that he has Spanish and Native American ancestry. It is not clear if that is accurate.

Chris is married to Karly Skladany, with whom he has a son.

Chris’s paternal grandfather was Arthur Clifton Kirkpatrick (the son of John Clair Kirkpatrick and Geraldine Estella Yeany). Arthur was born in Pennsylvania. John was the son of Samuel Hayes Kirkpatrick and Emma L. Simpson. Geraldine was the daughter of Joseph Marcus Yeany and Amanda Bell Campbell.

Chris’s paternal grandmother was Frances Christena/Christina Hiwiller (the daughter of Andrew Hiwiller and Matilda Jane Wilson). Frances was born in Pennsylvania. Andrew was the son of Ignatius/George Enos Hiwiller, who was an ethnic German from Alsace, France, and of Frances Frabiska Guth, who was born in Rhineland-Palatinate, Germany. Matilda was the daughter of James Goheen Wilson and Matilda Susanna Timlin/Timblin.

Chris’s maternal grandfather was Stewart James Eustice (the son of Stewart/Steward James Eustice and Jennie/Genny Mae Atkinson). Chris’s grandfather Stewart was born in Pennsylvania. Chris’s great-grandfather Stewart was the son of William Phillip Eustice, whose father was from Crowan, Cornwall, England; and of Elizabeth Jessie Lloyd, whose father was Welsh and whose mother was English. Jennie was the daughter of Henderson Guy “Pete” Atkinson and Teresa Molly Sherman, whose mother was Irish.