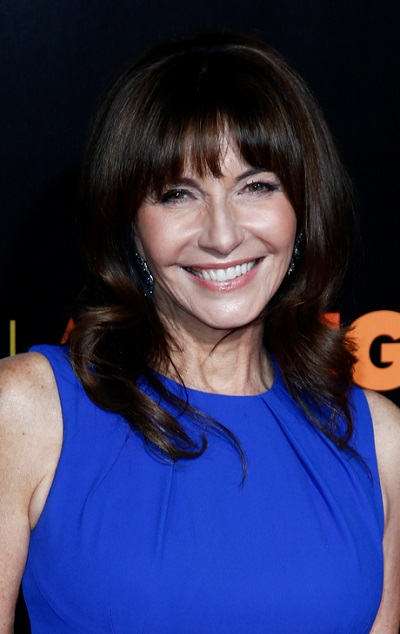 Steenburgen in 2013, photo by PrPhotos

Mary Steenburgen is an American actress, comedian, singer, and songwriter. She won the Academy Award for Best Supporting Actress for Melvin and Howard (1980). She has also had leading roles in Time After Time, Ragtime, Dead of Winter, Parenthood (1989), Philadelphia, Elf, The Proposal, and Tender Is the Night, among many other films and television and stage productions.

Mary is the daughter of Nellie Mae/May, a school board secretary, and Maurice Hoffman Steenburgen, a freight-train conductor, who worked for the Missouri Pacific Railroad. Mary is married to actor, writer, and producer Ted Danson. She has two children with her former husband, British actor Malcolm McDowell, including director and writer Charlie McDowell. Charlie is married to British and American actress Lily Collins.

Her surname, originally spelled Steenbergen, traces to her five times great-grandfather, Peter Steenbergen, who was born, c. 1724, in Amsterdam, Noord-Holland, Netherlands, the son of Dirck/Dirk Steenbergen and Bartha Croonenburgh/Corooninburgh/Cresenburgh, and married Ann Gaines in the U.S. Mary is of approximately 1/128th Dutch descent through that line. Most of her lineage is English, Scottish, and Welsh.

Mary’s paternal grandmother was Aimee Pauline Davis (the daughter of Origin L./J. Davis and Mary Orto). Aimee was born in Fulton County, Arkansas. Origin was the son of William H. T. Davis and Naomi Dodd, who was English. Mary’s great-grandmother Mary was the daughter of Leonidas/Leonidous Orto and Henrietta Carson.

Mary’s maternal grandmother was Irma/Erma Phillips (the daughter of Emmett Herchal/Hershel Phillips and Benjamina Arabel “Belle” Pinckley/Pinkley). Irma was born in Arkansas. Emmett was the son of Augustin Vanhook Phillips and Sarah “Sallie” Wolf/Wolfe. Benjamina was the daughter of William Carroll Pinckley and Mary Frances Hardy.

A DNA test on the show Finding Your Roots with Henry Louis Gates, Jr. (2017) found that Mary has a common ancestor with actor William H. Macy.