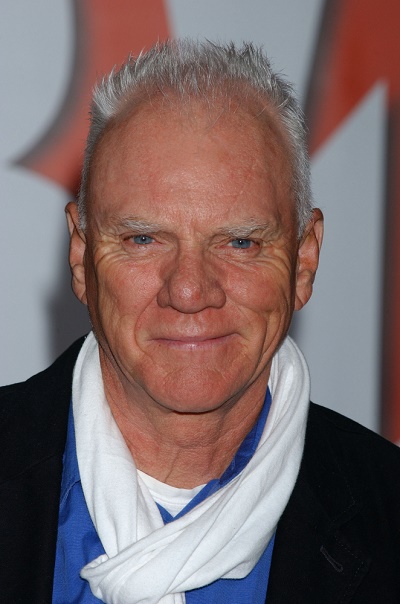 McDowell in 2008, photo by Prphotos.com

Malcolm McDowell is an English actor. He is known for playing Alex DeLarge in Stanley Kubrick’s A Clockwork Orange (1971), as well as for his roles in if…., Time After Time, Star Trek Generations, and South Park‘s Pip, among many other performances.

Malcolm is the son of Edna (McDowell) and Charles Taylor. His nephew is actor Alexander Siddig. Malcolm is married to Kelley Kuhr. He has two children, including film director and writer Charlie McDowell, with his former wife, American actress Mary Steenburgen; and three children with Kelley. Charlie is married to British and American actress Lily Collins.

Malcolm’s paternal grandfather was Frederick Taylor (the son of Charles Taylor and Margaret Reid). Frederick was born in Liverpool, Lancashire. Charles was the son of John Taylor and Sophia Collis.