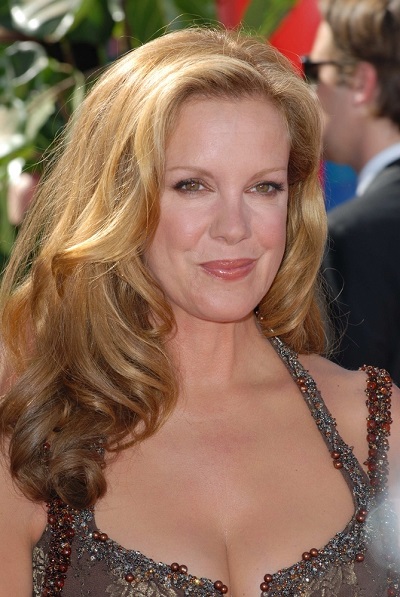 Perkins in 2006, photo by Prphotos.com

Elizabeth Perkins is an American actress.

She is the daughter of Jo, a drug treatment counselor and concert pianist, and James Perkins, a businessperson, writer, and farmer. Elizabeth is married to Argentinian-born cinematographer Julio Macat. She has a daughter with Maurice Phillips.

Elizabeth’s paternal grandmother was Lucia J. Tegu (the daughter of John S. Tegu and Chiamo Stamatia Georgiani/Georgiannis). Lucia was born in Baiesa/Vovousa, Ioannina, Ipeiros, Greece, and had Aromanian ancestry. John was the son of Steven/Steve Tegu/Vrajetuli and Vasiliki/Etrsa Vashsti/Vasioti. Chiamo was the daughter of John Georgionou and Ifals.

Elizabeth’s maternal grandmother was Grace Bernadine/Bernadene Kelley (the daughter of Herman Kelley and Hattie Belle Stonesifer). Grace was born in Illinois. Herman was the son of Abram/Abraham Kelley and Lucy Miller. Hattie was the daughter of Daniel Henry Stonesifer and Mary Clawson.