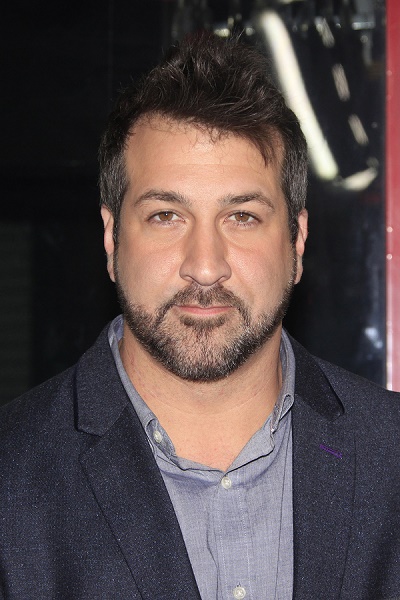 Fatone in 2013, photo by Joe Seer/Bigstock.com

Joey Fatone, also credited as Joseph Fatone, is an American singer, dancer, actor, and television personality. He was a member of the boy band NSYNC, with Lance Bass, JC Chasez, Chris Kirkpatrick, and Justin Timberlake.

He is the son of Phyllis and Joseph Anthony Fatone, who is also an actor and musician. His father sang in the doo-wop group the Orions. Joey spent part of his childhood in Orlando, Florida.

Joey is married to Kelly Baldwin, with whom he has two children.

Joey’s paternal grandfather was Steven J. “Steve” Fatone (the son of Antonio/Anthony Fatone and Mary/Maria Melito). Steven was born in New York, to Italian parents, who likely were from Campania.

Joey’s paternal grandmother was Pasqualine “Betty” Stanzione (the daughter of Joseph Stanzione and Filomena/Minnie D’Onofrio). Betty was born in New York, to Italian parents. Joseph was the son of Dominico/Dominic/Dominick Stanzione, from Avellino, Campania, and Pasqualine “Bessie” Finnelli. Filomena was born in Abbazia, Torino, Piemonte, the daughter of Tomas Donofrio and Christina.