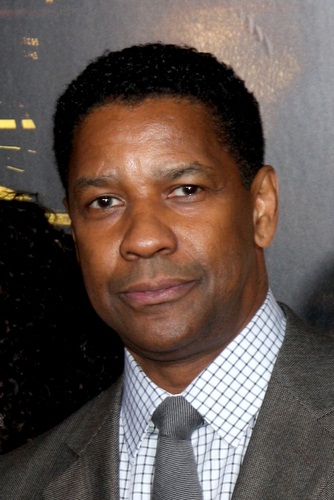 Denzel Washington is an American actor, filmmaker, director, and producer. He won the Academy Award for Best Supporting Actor for Glory (1989), and the Academy Award for Best Actor for Training Day (2001). He has also starred in Malcolm X, Courage Under Fire, Fences, American Gangster, Flight, The Equalizer, and The Tragedy of Macbeth, among many other films, and directed dramas Antwone Fisher, The Great Debaters, and Fences.

Denzel is African-American. He is the son of Lennis (Lowe) and Denzel H. Washington, a Pentecostal preacher. His father was born in Virginia and his mother was born in Georgia. Denzel is married to actress and singer Pauletta Pearson Washington (born Pauletta Rachelle Pearson), with whom he has four children, including actor and football player John David Washington.

Denzel was selected People Magazine’s “Sexiest Man Alive” in 1996. He is the first man of significant African ancestry, and the first non-white man, to have been given this title by the magazine (Dwayne “The Rock” Johnson, in 2016, is the second, and Idris Elba, in 2018, John Legend, in 2019, and Michael B. Jordan, in 2020, are the others, fitting both criteria).

Denzel’s maternal grandmother was named Eliza Jackson (the daughter of William Jackson and Rachel). Eliza was born in Georgia. William and Rachel were born into slavery.

Genealogy of Denzel Washington (focusing on his father’s side) – https://www.geni.com