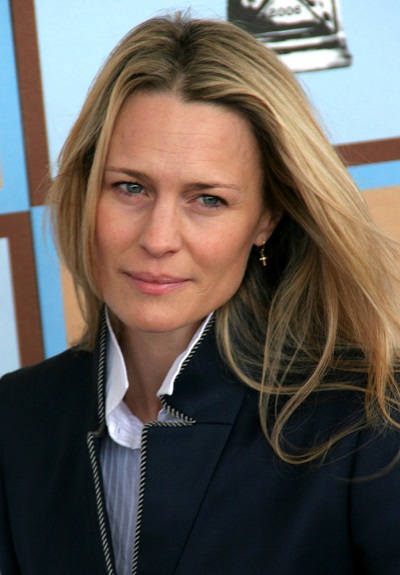 Robin Wright is an American actress and director. Her roles include The Princess Bride, Forrest Gump, Unbreakable, Land, and the show House of Cards.

Robin is the daughter of Gayle (Gaston) and Freddie Wright. She was raised in San Diego, California. Robin is married to Saint Laurent executive Clément Giraudet. She was previously married to actor Sean Penn, and at that time, was credited in films as Robin Wright Penn. They have two children, model Dylan Penn and actor Hopper Penn. Her nephew is actor and model Charlie Wright.

Genealogy of Robin Wright (focusing on her father’s side) – http://worldconnect.rootsweb.ancestry.com