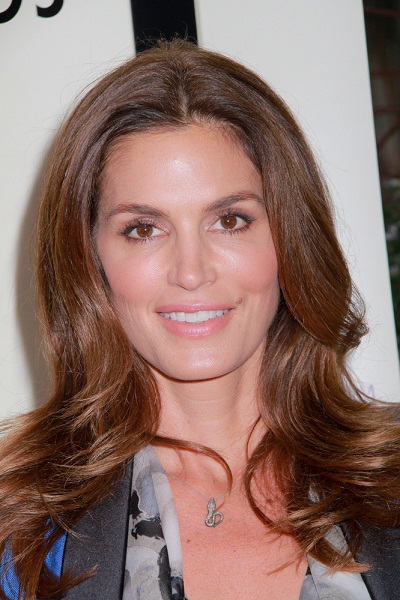 Crawford in 2012, photo by PrPhotos

Cindy Crawford is an American supermodel, actress, and television personality. She was one of the biggest models of her era. She also starred in the film Fair Game.

Cindy is the daughter of Jennifer Sue (née Walker; re-marriage surname Moluf) and Daniel Kenneth Crawford. Cindy is married to businessperson and model Rande Gerber; their children are Presley Gerber and Kaia Gerber, both of whom have also modeled.

Cindy has English, one eighth Danish, Scots-Irish/Northern Irish, Scottish, German, distant Irish and Welsh, and remote French and Jersey Channel Islander, ancestry. Some of her family lines have lived in the United States since the 1600s.

Cindy, along with her then-husband, actor Richard Gere, were selected People Magazine’s “Sexiest Couple Alive” in 1993 (instead of the annual “Sexiest Man Alive”).

Genealogy of Cindy Crawford (focusing on her mother’s side) – http://wc.rootsweb.ancestry.com