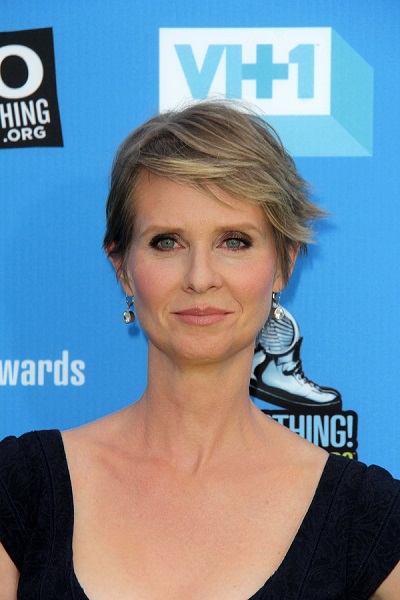 Nixon in 2013, photo by s_bukley/Bigstock.com

Cynthia Nixon is an American actress, activist, and politician. She is the daughter of Walter Elmer Nixon, Jr., a radio journalist, and Anne Elizabeth Knoll, an actress. Cynthia is married to education activist Christine Marinoni. She has a son with Christine, and two children with her former partner, teacher Danny Mozes.

Her maternal grandfather was of German descent. Her other ancestry includes English, some Scottish, Irish, Scots-Irish/Northern Irish, and Welsh, and remote Dutch and French Huguenot.

Cynthia has said that her mother had often stated:

I lived through World War II with a father named Adolph and through the ’70s with a husband named Nixon.

Cynthia is a member of a prominent LGBTQ synagogue, though it appears that she has not formally converted to Judaism. Her former partner Danny is Jewish.

Information about Cynthia’s appearance on Who Do You Think You Are?, 2014 – https://blogs.ancestry.com

Genealogies of Cynthia Nixon (focusing on her father’s side) – http://worldconnect.rootsweb.ancestry.com
https://gw.geneanet.org
http://www.wikitree.com