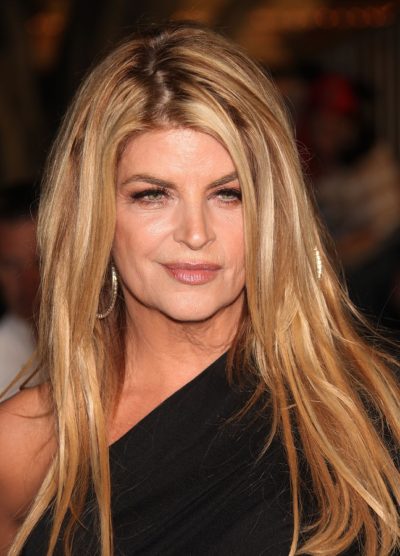 Alley in 2011, photo by DFree/Bigstock.com

Kirstie Alley was an American actress and comedian. She is known for her roles in the films Star Trek II: The Wrath of Khan, Summer School, Shoot to Kill, Look Who’s Talking, Madhouse, Sibling Rivalry, David’s Mother, John Carpenter’s Village of the Damned, It Takes Two, Deconstructing Harry, For Richer or Poorer, and Drop Dead Gorgeous, and on the shows Cheers, Veronica’s Closet, and as Nurse Hoffel on Scream Queens, among other projects.

She was the daughter of Lillian Maxine (Heaton) and Robert Dale Alley, who owned a lumber company. She had two children, who were adopted, with her former husband, actor Parker Stevenson. Her first husband coincidentally had the same name as her father, Bob Alley.