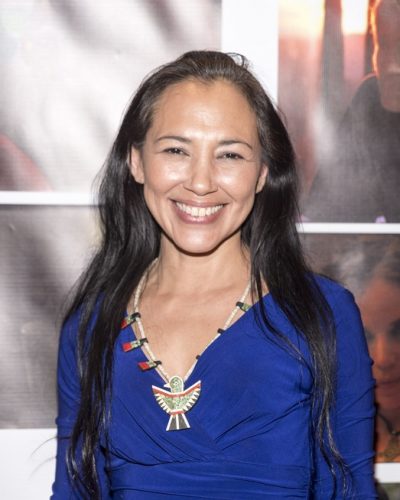 Irene Bedard is an American actress. She voiced Pocahontas in the animated film Pocahontas (1995), and played Pocahontas’ mother in the 2005 film The New World.

Irene’s biological maternal grandmother was Elsie Otton (the daughter of Sookiayak/Shokayak “Billy” Otton and Hilma Asicksik). Elsie was born in Koyuk, Alaska. Sookiayak was the son of Okpiuk. Hilma was the daughter of Ik Aye Ley Ik Aye Ley.