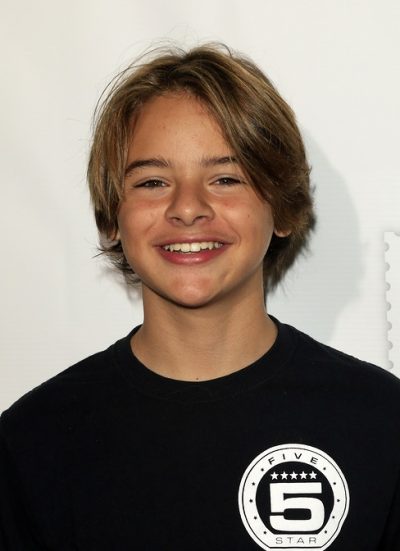 Coronel in 2016, photo by kathclick/bigstock.com

Mace Coronel is an American actor. He starred on the show Nicky, Ricky, Dicky & Dawn.

He is the son of performer Grace “Bambi Jr.” Morley and fitness trainer Marc Coronel.

Mace’s father is of Dutch Sephardi Jewish descent from one side of his family, having described himself as a Sephardi Jew. The Coronel family is a Sephardi family in the Netherlands. Mace’s paternal grandmother is Aruban, with indigenous, African, and Chinese, ancestry. Mace’s father also has roots in Suriname.

Mace’s maternal grandfather is sometimes said to have been Artie Brooks (Arthur M. Brooks). Artie was a comedian in Las Vegas. He was likely the son of Arthur Brooks and Marjorie Maige. Marjorie was the daughter of Patrick John Michkevich/Maige and Nellie Sylvia Smelstotis/Smelstoris, who were Lithuanian. Mace’s maternal grandmother was also evidently married to a man surnamed Moehrle, which is said to be Mace’s mother’s maiden name.

Mace’s maternal grandmother is Bambi Jones, also known as Doris Kotzan (born Doris Shirley Rozelle, the daughter of Frank Rozelle/Rozell and Grazyella A. Labrecque). Bambi is a dancer and author, described as the original Burlesque dancer. She is of French-Canadian descent. Frank was the son of Joseph Alexander Rozelle and Olivine Bousquet/Busquet. Grace was the daughter of Honore Labrecque and Angelina Robitaille.

My family’s blood is from Suriname, and for most people who don’t know, the Dutch colonised Suriname a very long time ago. It used to be a slave-trading island, and that’s basically where all my culture comes from. I speak and write in Dutch. I’ve learned from a young age through my father and his side of the family; Dutch has always been a language that is spoken in my household. My family from Suriname hold Dutch passports and they thought it was really important for me to get my Dutch passport…

A DNA test Mace’s father posted of his own grandmother on Instagram stated that her genetic ancestry is: