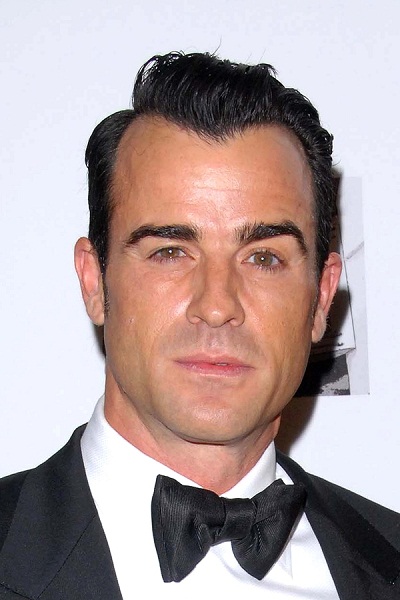 Theroux in 2012, photo by kathclick/Bigstock.com

Justin’s father is of half French-Canadian and half Italian descent. Justin’s mother is of mostly English ancestry; Justin is also of 1/32 German, 1/128th Spanish, and remote Dutch, descent, through his mother.

Justin’s paternal grandmother was Annina/Anna/Anne Francesca/Frances Dittami (the daughter of Alessandro/Alexander Louis Dittami and Angelina/Angela M. Calesa). Annina was born in New York, of Italian ancestry. Alexander was from Ferrara, Emilia-Romagna, Italy. Angelina was from Piacenza, also in Emilia-Romagna, and was the daughter of Francesco Bonifacio Calesa and Ermengilda Buongioni.

Justin’s maternal grandmother is Phyllis Hollins (the daughter of Gerald Vanderbilt Hollins and Virginia Kobbé). Phyllis was born in New York. Gerald was the son of Harry Bowly/Bowley Hollins, a financier, and of Evelina Merseole Knapp. Virginia was the daughter of Gustav Kobbé, a music critic and author, and of Carolyn Wheeler. Gustav’s father was a German immigrant, and one of Gustav’s maternal great-grandfathers, Gabriel Sistare, was a Spanish immigrant, thus making Justin Theroux of 1/32 German and 1/128th Spanish descent (through those lines).

Sources: Genealogies of Justin Theroux (focusing on his father’s side) – http://worldconnect.rootsweb.ancestry.com
http://www.geni.com

Genealogy of Justin’s paternal grandfather, Albert-Eugene Theroux (through Albert-Eugene’s brother, Edward Joseph Theroux) (focusing on his own father’s side) – https://www.wikitree.com

Genealogy of Justin’s maternal grandfather, John de Lafayette Grissim (focusing on his own father’s side) – http://worldconnect.rootsweb.ancestry.com

Genealogy of Justin’s maternal great-grandfather, Gerald Vanderbilt Hollins (focusing on his own father’s side) – http://worldconnect.rootsweb.ancestry.com

Genealogy of Justin’s maternal great-great-grandfather, Gustav Kobbé (focusing on his own mother’s side) – http://worldconnect.rootsweb.ancestry.com