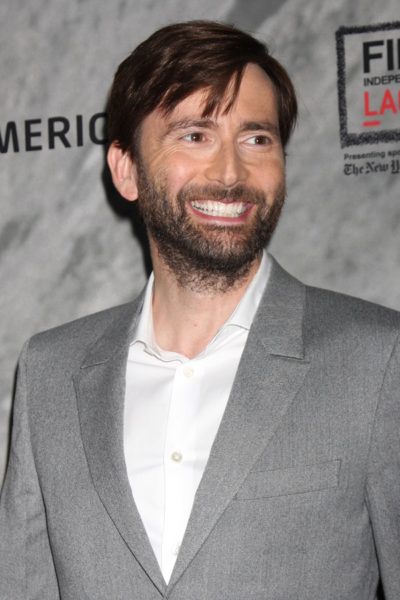 Tennant in 2014, photo by kathclick/bigstock.com

David Tennant is a Scottish actor. He has played Doctor Who, as well starring in TV’s Casanova, Broadchurch, and Staged, and the film Bad Samaritan. He is the son of Essedale Helen (McLeod) and The Very Rev. Dr. Alexander “Sandy” McDonald, a Church of Scotland minister.

David is of Scottish ancestry. Also, his maternal grandmother was from a Protestant family from Northern Ireland [Ulster-Scots].

David is married to English actress Georgia Tennant (originally Georgia Moffett), with whom he has five children, including actor Ty Tennant. Georgia is the daughter of actor Peter Davison (born Peter Malcolm Gordon Moffett), who also played Doctor Who.

He has said that his stage name is after singer Neil Tennant.

David’s maternal grandfather was Archibald M. “Archie” McLeod, a footballer (the son of John McLeod). Archibald was born in Glasgow, and had roots on the Isle of Mull. John was the son of Donald McLeod.

David’s maternal grandmother was named Nellie Blair (the daughter of William Blair and Agnes). Nellie was born in Londonderry. William was the son of James Blair. William and Agnes, who were from County Londonderry, were among the signatories of the Ulster Covenant in 1912.

Sources: Information about David’s appearance on Who Do You Think You Are?, 2006 – http://www.bbc.co.uk