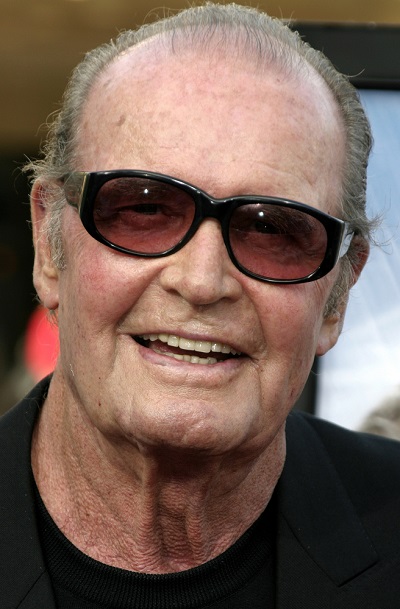 Garner in 2004, photo by PrPhotos.com

James Garner was an American actor and producer. James was the son of Mildred Scott (Meek) and Weldon Warren Baumgarner. He was the brother of actor Jack Garner. He was married to Lois (Fleischman) Clarke, with whom he had two children.

He had English, Irish, German, and remote Welsh and Swiss-German, ancestry. The surname Bumgarner traces back to German ancestors.

James often stated that he had some degree of Cherokee Native American ancestry on his mother’s side. No Native American ancestry appears in family trees of James Garner. In their 2014 obituary of James Garner, The New York Times stated that James’s maternal grandfather, Charles Bailey Meek, was a “full-blooded Cherokee.” This statement is false. James’s maternal grandfather and his own parents, Thomas Jefferson Meek and Delilah Frances Bailey, were listed as “White” on United States Censuses, and James’s grandfather’s ancestry, which is fairly well documented, contains no evident Cherokee antecedents.

James’s paternal grandmother was Louella E. Briggs (the daughter of Levi Leander Briggs and Narcisus/Narcissus/Nora Bough/Baugh). Louella was born in Arkansas. Levi was the son of James C./Jefferson Briggs and Rebecca George.

James’s maternal grandmother was Abbie Lillian Womack (the daughter of John David Womack and Minnie Glorietta/Gorietta Neher). Abbie was born in Texas. John was the son of The Rev. Dr. John Crossley/Crosley Womack and Sarah Jane Williamson. Minnie was the daughter of John George Neher, who was German, from Württemberg, and of Mary Mazie Riggs.

Genealogies of James Garner (focusing on his mother’s side) – http://worldconnect.rootsweb.ancestry.com
http://www.womacknet.net