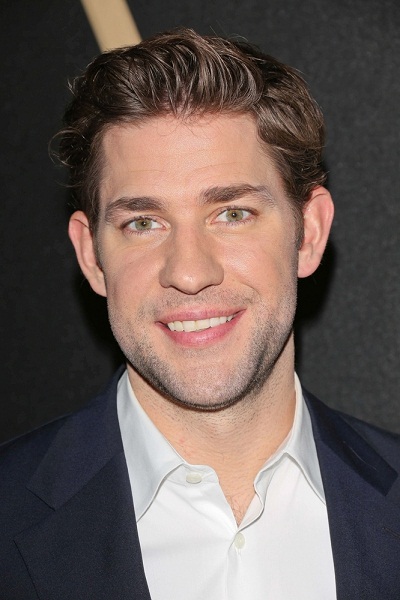 Krasinski in 2013, photo by Prphotos

John Krasinski is an American actor, screenwriter, producer, and director. He is known for directing and starring in A Quiet Place, and its sequel, Brief Interviews with Hideous Men, and The Hollars, and for his roles on The Office and Jack Ryan, and in the films License to Wed, Leatherheads, Away We Go, Monsters vs. Aliens, It’s Complicated, Big Miracle, Nobody Walks, Promised Land, and The Wind Rises, among many others.

His father, Ronald Krasinski, an internist, is of Polish descent, and originally from Natrona, Pennsylvania. His mother, Mary Clare (Doyle), a nurse, is of Irish ancestry, and originally from Providence, Rhode Island. John is married to English actress Emily Blunt, with whom he has two children.

John’s maternal grandmother was Eileen Goggin Burke (the daughter of Dennis/Denis Burke and Hannah Connors). Eileen was born in Massachusetts, to Irish parents. Dennis was the son of William Burke and Mary Anne/Ann Daly. Hannah was the daughter of Patrick Connors and Margaret Goggin/Goggan.