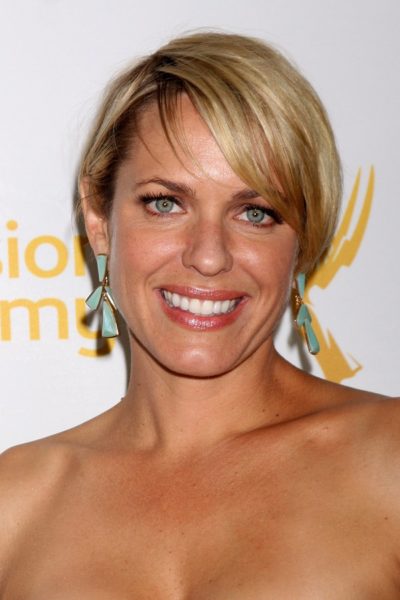 Zucker in 2014, photo by kathclick/www.bigstockphoto.com

Arianne Zucker is an American actress and model.

Arianne was raised in Chatsworth, California. She has one child with her former husband, actor Kyle Lowder.

I wanted to clean up my article from Soap Digest a little. I am not both Jewish and Christian. I grew up in an interfaith family. Meaning my Mom is Jewish and my Dad’s family Christian. You can only be one (well you can be anything you want) but knowledgeable of all. So being that my Mom is Jewish, I am Jewish. But we learned about my Dad’s side as well. So in turn we got to celebrate both.

Arianne’s paternal grandfather was Eugene Winfield Zucker (the son of Mortimer “Mort” Zucker and Ruth H. Moorehead Cooper). Eugene was born in Iowa. Mortimer was born in Illinois, the son of Isador/Isidor Zucker, who was a German Jewish immigrant, and of Anna Schreyer/Schyer/Sheiger, whose parents were also German Jews. Ruth was born in Iowa, the daughter of Murray Cooper and Daisy H. Moorehead/Morehead.