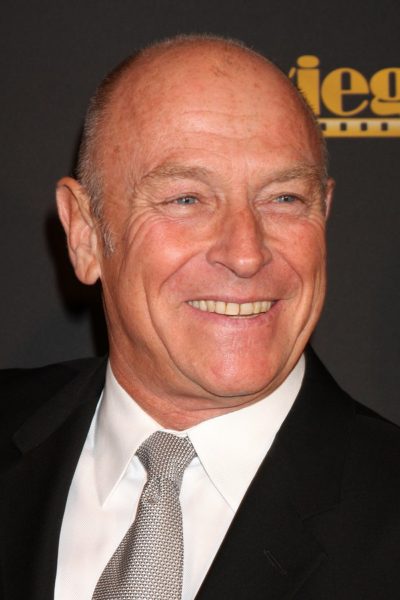 Bernsen in 2012, photo by kathclick/www.bigstockphoto.com

Corbin Bernsen is an American actor and director.

Corbin is the son of actress Jeanne Cooper (born Wilma Jeanne Cooper) and Harry Ike Bernsen, Jr., a producer. Corbin is married to English actress Amanda Pays, with whom he has four children, including actor Finley Bernsen. His brother is actor Collin Bernsen.

Corbin is a practicing Christian.

Corbin’s paternal grandfather was Harry Ike Bernstein/Bernsen, Sr. (the son of Victor William Bernstein and Regina Summers/Sommer). Harry was born in Illinois or Indiana, to parents from Germany.

Corbin’s paternal grandmother was Pearl Bloch/Block (the daughter of Emil Bloch/Block and Nettie Weinberg). Pearl was born in Ohio, to a father from France and a mother from Germany.