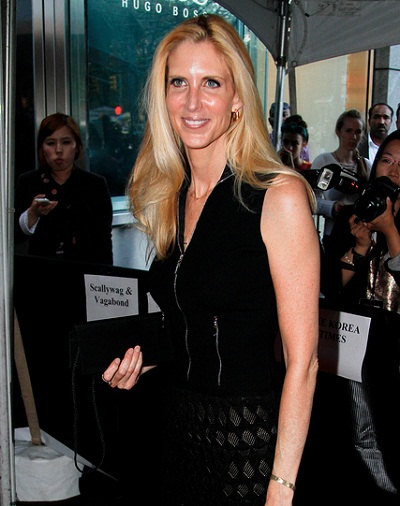 Coulter in 2011, image via Debby Wong/Bigstock.com

Ann Coulter is an American conservative and political commentator, writer, columnist, and lawyer (she appeared, as an actress, in the third Sharknado film). Ann is the daughter of Nell Husbands (Martin) and John Vincent Coulter.

Ann has English, Irish, German, and distant Dutch, ancestry. All of her paternal great-great-grandparents were immigrants. Ann’s religion is Presbyterianism.

Ann’s paternal grandmother was Helen A. Keegan (the daughter of John L. Keegan and Catherine E. Broderick). Helen was born in New York.