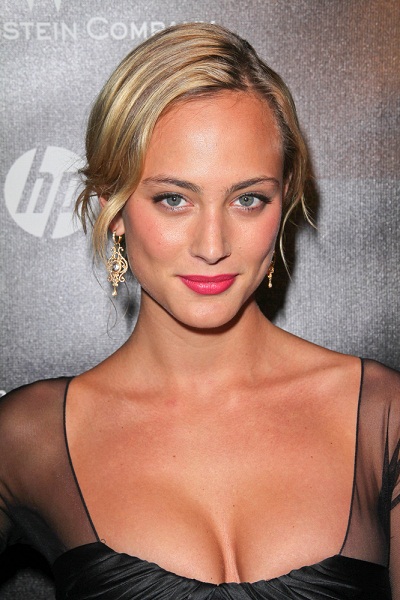 Arnezeder in 2012, photo by Prphotos.com

Nora Arnezeder is a French actress and singer. She has starred in the films Army of the Dead, The Words, and Paris 36, among others.

Her father, Wolfgang Arnezeder, is Austrian (and Catholic). Her mother, Piera (Schinasi), is an Egyptian Jew. She is from the Italian Jewish Schinasi family, a Sephardi family from Livorno, Tuscany, on one side, and of Russian Jewish descent on the other. Nora’s great-grandparents moved to Alexandria before WWI.

She is a relative of painter Daniel Schinasi.

Nora’s maternal grandfather was the son of Albert Schinasi and Céline Jabès. A photo of Céline can be seen here.

Nora’s maternal grandfather is named Aimee Abecassis (possibly born as Aimee Nahmias, the daughter of Berthe Lazarowitch). Berthe was born in Egypt, to Russian Jewish parents. A picture of Berthe can be seen here.