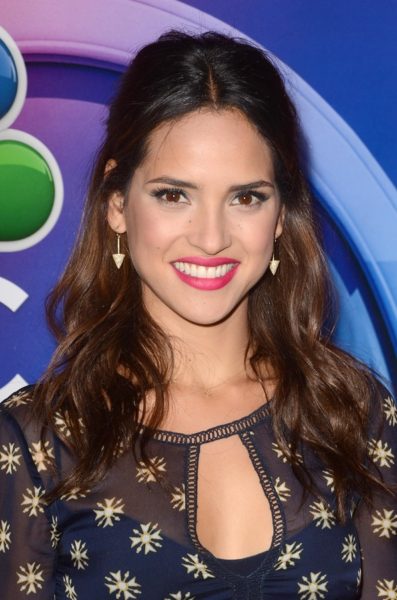 Arjona in 2016, photo by kathclick/Bigstock.com

Adria Arjona is a Puerto Rican actress. Her roles include the films Pacific Rim: Uprising, Life of the Party, Triple Frontier, 6 Underground, Morbius, Father of the Bride (2022), and The Belko Experiment, and the series Emerald City.

She is the daughter of Leslie Torres and Ricardo Arjona (Edgar Ricardo Arjona Morales), a singer and songwriter in Latin America. Her father was born in Jocotenango, Guatemala, and her mother is Puerto Rican. She spent part of her childhood in Mexico City, Mexico, and Miami, Florida. Adria is married to Edgardo Canales.