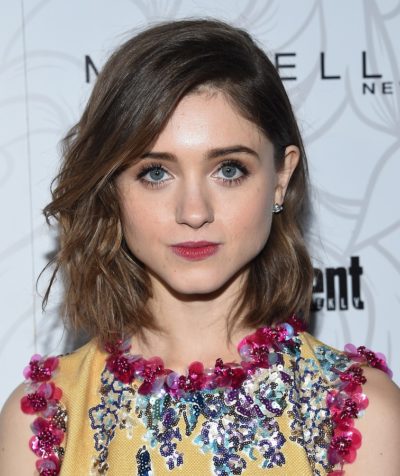 Dyer in 2017, photo by DFree/www.bigstockphoto.com/

Natalia Dyer is an American actress. She is known for her roles on the show Stranger Things, and in films including Don’t Let Me Go, After Darkness, and Things Heard & Seen.

Natalia’s paternal grandfather was David Patterson Dyer (the son of Gus/Gustavus Walker Dyer and Isabel Temple Shackford). David was born in Ridgetop, Tennessee. Gustavus was the son of Benjamin F. Dyer and Martha. Isabel was the daughter of Jos. W. Shackford.