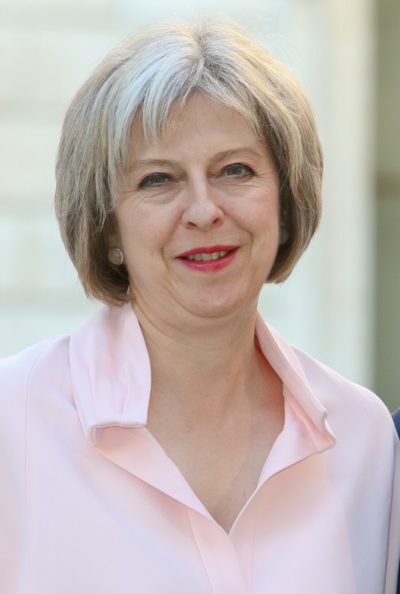 Prime Minister May is the daughter of Zaidee Mary (Barnes) and The Rev. Hubert Brasier, a Church of England clergyman. She is married to investment relationship manager Philip May.

Prime Minister May’s paternal grandfather was Tom Brasier (the son of James Brasier and Sarah Jane Barnes). Tom was born in Wimbledon, Surrey. James was the son of Richard John Brasier and Ann Needle. Sarah was the daughter of Edward Barnes and Jane Hollingdale.

Genealogy of Prime Minister May – https://www.geni.com