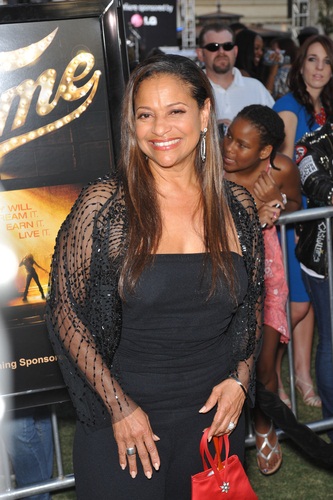 Allen in 2009, image via Featureflash / Shutterstock.com

Debbie Allen is an American actress, dancer, choreographer, singer, songwriter, director, and producer. She was a member of the President’s Committee on the Arts and Humanities. Her roles include Fame, Ragtime, and A Different World.

Her parents, Vivian Elizabeth (Ayers) and Andrew Arthur Allen, were/are both black. Her father was from Lobdell, Louisiana. She is the sister of actress and singer Phylicia Rashād. Her niece is actress Condola Rashād. Debbie is married to professional basketball player Norm Nixon, with whom she has three children.

Debbie’s paternal grandfather was Lloyd James Allen (the son of Duncan Allen and Luella Brown). LLoyd was born in Texas. Duncan was the son of John Allen and Mariah Word. Luella was the daughter of William Brown and Ann Martain.

Debbie’s paternal grandmother was Goldie Matilda Jackson (the daughter of George H. Jackson and Josephine Lillian Smith). Goldie was born in Louisiana. George was the son of Felex Jackson and Matilda Lewis.