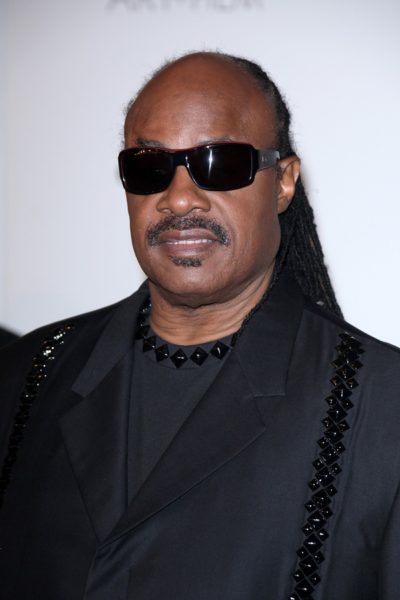 Stevie Wonder in 2011, photo by kathclick/Bigstock.com

Stevie Wonder is an American singer, songwriter, musician, and record producer. He started playing the piano at the age of seven, and learned to play the harmonica and drums. He also sang in the church choir in his youth. He was previously known as Little Stevie Wonder. He is the youngest artist to top the US Billboard Hot 100, with “Fingertips” in 1963, at thirteen. He has been blind since shortly after birth.

Stevie is the son of Lula Mae (Hardaway), a songwriter, and Calvin Judkins. He is married to Tomeeka Bracy. He has nine children, including two with his former wife, fashion designer Kai Millard; and two with Tomeeka.