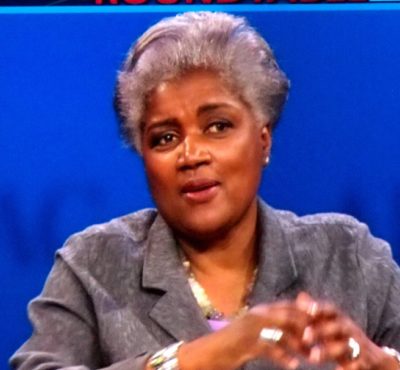 Brazile in 2012, photo by Prphotos

Her family’s surname was originally Braswell.

Donna’s maternal grandfather was Nathaniel Clarence Brown (the son of Willie Brown and Mariah Butler). Nathaniel was born in Louisiana. Willie was the son of Julia Brown. Mariah was the daughter of Dan Butler and Millie Carter.

Donna’s maternal grandmother was Lease Douglas (the daughter of John Henry Douglas and Lacey/Lacy Finney). Lease was born in Louisiana. John was the son of Georgia.