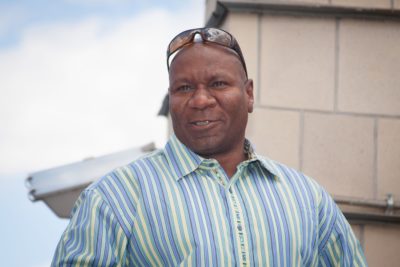 Rhames in 2012, photo by magicinfoto/Bigstock.com

Ving Rhames is an American actor. He has starred in Con Air, Dawn of the Dead (2004), The People Under the Stairs, and the Mission: Impossible films, among many other performances.

He is the son of Reather and Ernest Rhames, an auto mechanic. His parents were from sharecropping families in South Carolina. He was named after journalist Irving R. Levine.

Ving is married to Deborah Reed, with whom he has three children.