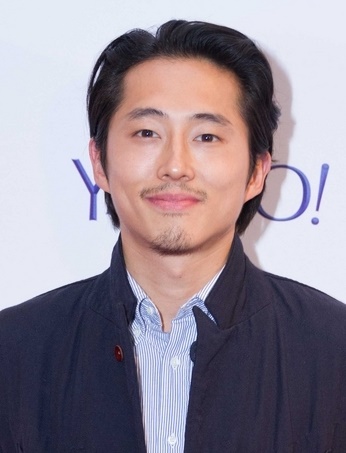 Steven Yeun is an American actor. He is known for his role as Glenn Rhee on the series The Walking Dead and in the film Minari. For the latter role, Steven is the first person of Southeast Asian descent to have been nominated for the Academy Award for Best Actor.

He was born in Seoul, South Korea, the son of Je and Jun Yeun. His family later moved to Regina, Saskatchewan, Canada, and then to Taylor, Michigan, and then Troy, MI, U.S. His father was an architect, and Steven’s parents later owned Detroit beauty supply stores.

Steven is married to photographer Joana Pak, with whom he has two children.