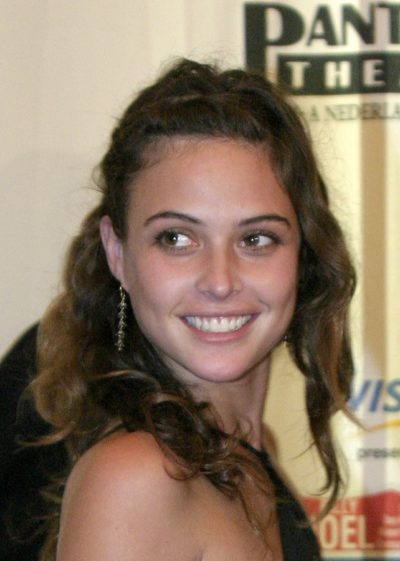 Maran in 2004, photo by Starfrenzy/Bigstock.com

Josie Maran is an American model, actress, and entrepreneur. She has appeared in the films Van Helsing, Little Black Book, The Aviator, and The Gravedancers.

She is married to David Belle. Josie has two children with her former partner, Iranian-American photographer Ali Alborzi.