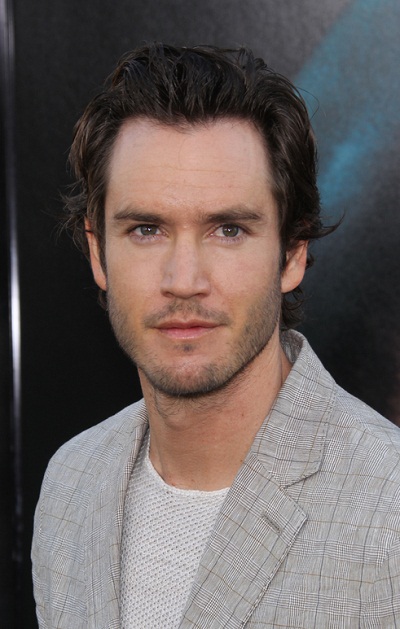 Gosselaar in 2010, photo by Pr Photos

Mark-Paul Gosselaar is an American actor. He is known for playing Zach Morris on Saved by the Bell, and for his roles on the series Franklin & Bash and in the film Dead Man on Campus.

Mark-Paul’s father, Hans Gosselaar, is of half Dutch Jewish and half German descent. It is not clear whether Mark-Paul’s German ancestors were Jewish, too. Mark-Paul’s mother, Paula, who is originally from Bali, Indonesia, is of Dutch and Indonesian (Asian) background. Her maiden surname, van den Brink, is Dutch. Mark-Paul has mentioned that he was at one time fluent in Dutch, as a child (his three older siblings were born in The Netherlands). Pictures of Mark-Paul with his mother can be seen here and here.

About his biracial heritage, Mark-Paul has said:

I didn’t have to deal, fortunately and unfortunately, with what a lot of my bothers and sisters who are mixed had to deal with because of the way I looked… But it still didn’t mean that I still didn’t have some form of issues with where I fit in in society.

Mark-Paul’s patrilineal ancestry can be traced to his four times great-grandfather, Jacob Nathan Gosselaar, who was born, c. 1733, in Rotterdam, and to his own parents, Nathan Jacob Godslaars/Gosselen/Gosselaar and Betje/Blommetje Israel Machiel/Machial/Livirden.

Mark-Paul’s paternal grandfather was Aron “Arie” Gosselaar (the son of Hartog “Herman” Gosselaar and Hester van Emden). Aron was a Dutch Jew, and was born in The Hague, in The Netherlands. Aron’s parents both came from old Dutch Jewish families, with traceable genealogy in The Netherlands going back to the 1700s. He also had more distant German Jewish, Danish Jewish, and Polish Jewish ancestry. Mark-Paul’s great-grandfather Hartog was the son of Nathan Gosselaar and Vrouwtje Hijman de Jong. Hester was the daughter of Clara van Emden. Mark-Paul’s paternal great-grandparents Hartog and Hester both died in The Holocaust. They were killed in the Sobibor extermination camp, in Nazi-occupied Poland, on April 9, 1943.

Mark-Paul’s paternal grandmother was Ida Ferdinande/Ferdinanda “Itty” Kosel/Kossel (the daughter of Johann Kosel and Maria Theodore Elisabeth Söte). Ida was German, and was born in Paderborn, Detmold, North Rhine-Westphalia, Germany. It is not clear if Ida was Jewish or not.

Mark-Paul is a ninth cousin of Dutch actor Michiel Huisman, through their shared Dutch Jewish eight times great-grandparents, Samuel/Salomon/Shlomo Zalman Jacob Speyer, who was born in Speyer, Germany, and Abigael Bele/Bonele Jacob Genzchen Levie, who was born in Amsterdam. Gosselaar in 2010, photo by kathclick/bigstock.com

Sources: Mark-Paul mentions some of his background, in The Washington Post, 2008 – http://www.washingtonpost.com

Genealogy of Mark-Paul Gosselaar (focusing on his father’s side) – https://www.geni.com

Genealogy of the Jewish Gosselaar family in The Netherlands – http://www.vandenhaak.com

Genealogy of Mark-Paul’s paternal grandfather, Aron “Arie” Gosselaar (focusing on his own mother’s side) – http://www.genealogieonline.nl