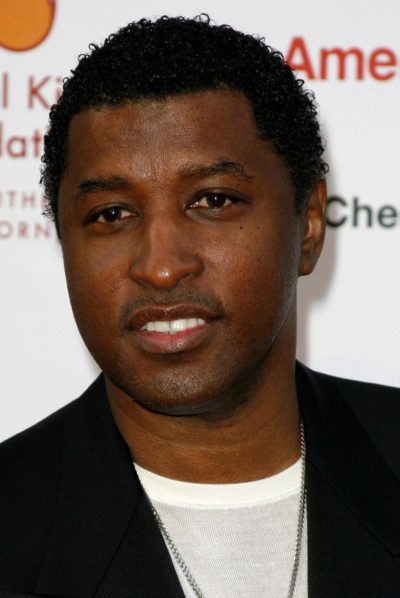 Babyface in 2007, photo by Starfrenzy/Bigstock.com

Babyface is an American singer, songwriter, and record producer.

He is the son of Barbara Jean (O’Bannon) and Marvin Dallas Edmonds, Sr. He is married to back-up dancer Nicole “Nikki” Pantenburg. He has two children with his former wife, businessperson, television producer, and personality Tracey Edmonds; and a daughter with Nicole.

Babyface’s paternal grandfather was Ben Douglas Edwards (the son of Freeland Edmonds and Maggie Dickerson). Ben was born in Kentucky.

Babyface’s paternal grandmother was named Getsy/Getsie Lee Vance (the daughter of Thomas Vance and Niecie). Getsy was born in Kentucky.

Babyface’s maternal grandfather was Herbert O’Bannon (the son of Nelson O’Bannon and Emma Lena Bradshaw). Herbert was born in Kentucky.

Babyface’s maternal grandmother was Lucille Hackley (the daughter of Joseph Lewis Hackley and Mary McCady). Lucille was born in Pennsylvania.