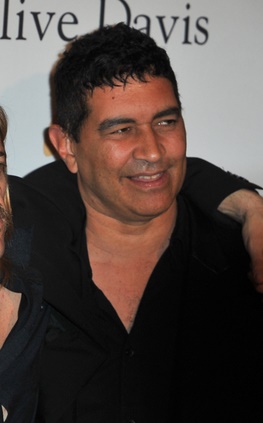 Pat Smear is an American musician. He is a guitarist for rock band Foo Fighters. Other members of the band are/have been Dave Grohl, Taylor Hawkins, and Rami Jaffee.

Pat also played for Germs and toured with Nirvana.

His father was German. His mother was African-American, and was also said to have Native American ancestry.