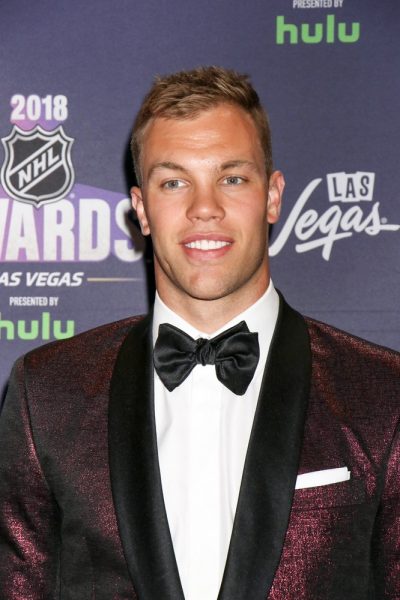 Taylor Hall is a Canadian professional ice hockey player. He is a left winger and alternate captain for the New Jersey Devils of the National Hockey League. He was the first overall pick in the 2010 NHL Entry Draft, and was selected by the Edmonton Oilers.

Taylor is the son of Kim and Steve Hall, a football player (U.S. football). His father is Australian. He is married to Rachel Rush.

Taylor’s maternal grandfather was John Strba (the son of Jozef “Joe” Strba and Anna Slivka). John was of Slovak descent. Anna was the daughter of Jozef Slivka and Josefina Lopinskie.