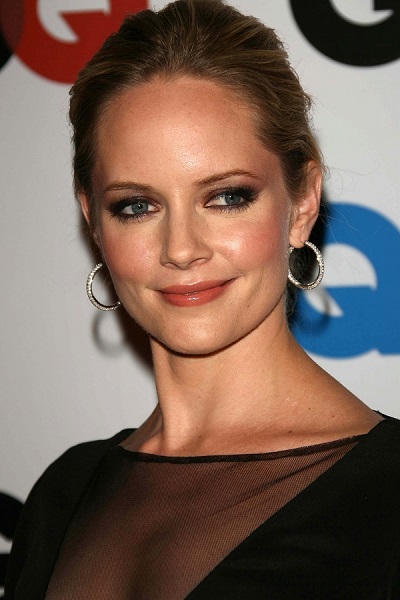 Shelton in 2006, photo by s_bukley/Bigstock.com

Marley Shelton is an American actress. Her many roles include Sugar & Spice, Bubble Boy, Grindhouse, Frank Miller’s Sin City, and the Scream films.

She is the daughter of Carol and Christopher Shelton, who is a director and producer. Her sister is actress and singer Samantha Shelton. Marley is married to producer Beau Flynn, with whom she has two children.

Marley’s paternal grandmother was Mary G. Marston (the daughter of Arthur Hamilton Marston and Elsa Florentine Wentscher). Mary was born in California. Arthur was the son of George White Marston and Anna Lee Gunn. Elsa was of German descent, and was the daughter of Anton Hermann Arnold Wentscher and Anna Maria Gerichten.

Marley’s maternal grandfather was Aveille DeArvil Stromme (the son of Alvin Theodore Stromme and Mabel/Mable Magdalene Jacobson). Aveille was born in South Dakota, and was of Norwegian descent. Alvin was the son of Karl/Carl/Charles/Charley Albrecht Johnson Stromme and Anne/Anna Jonsen/Jonsdatter Braa/Store-Braa. Mabel was the daughter of Hans Jergen Jacobson and Tilda/Gilda Amanda Asiakson/Aslakson.