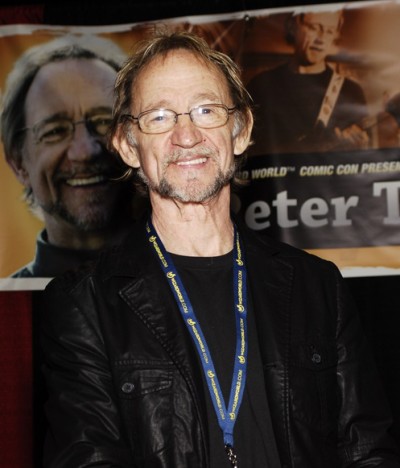 Peter Tork was an American musician, composer, and actor. He was the keyboardist and bass guitarist of rock and pop band The Monkees, whose members have also included or include Micky Dolenz, Davy Jones, and Michael Nesmith.

Peter was the son of Virginia Hope and Halsten John Thorkelson, an economics professor at the University of Connecticut. Peter’s mother was of half Ashkenazi Jewish and half Irish ancestry. Peter’s father was of a little over half Norwegian descent, with the rest being English, Dutch, German, French, Scottish, Belgian [Walloon], Danish, Scots-Irish/Northern Irish, and Jersey [Channel Islander].

Peter’s paternal grandfather was Halsten Joseph Berford Thorkelson (the son of Mathias Thorkelson and Marit Halsteensen Eggen). Halsten was born in Wisconsin, to Norwegian parents. His father was from Finnaas, Hordaland. His mother was from Hedmark.

Peter’s maternal grandfather was Albert Joseph Straus (the son of Gustav/Gustave Carl Straus and Clementine Kupfer). Albert was born in New York, to a German Jewish family. Gustav was born in Kaiserslautern, Rhineland-Palatinate, the son of Michael Straus and Rosa/Roeschen Goetz. Clementine was born in Philadelphia, the daughter of parents from Germany, Simon Kupfer, who was born in Burgkunstadt, Upper Franconia, Bavaria, and Bincher/Binchen/Pholoppine Straus.