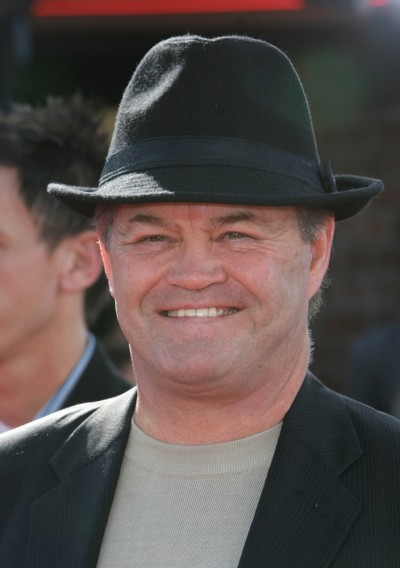 Dolenz in 2005, photo by Prphotos.com

Micky Dolenz is an American actor, musician, television director, radio personality, and theatre director. He was the lead singer and drummer of rock and pop band The Monkees, whose members have also included or include Davy Jones, Michael Nesmith, and Peter Tork.

Micky is the son of Marie Janelle and actor George Dolenz (born Jure Dolenc). His father was born in Trieste, Austria-Hungary, now Italy.

Micky’s paternal grandfather was Josip/Giuseppe Blaž Ivan Dolenc (the son of Franc/Franciscus Dolenc/Dolenz and Vilma/Wilma/Wilhelmina di Kendler). Josip was born in Sinj, Općina Sinj, Split-Dalmatia County, Croatia. Franc was born in Podnanos, Slovenia, and was the son of Bernard Dolenc and Helena Kavčič. Vilma was born in Gorizia, Italy, into an aristocratic family, and had German, Austrian, Italian, and Hungarian ancestry; Gorizia was home to a significant German community.

Micky’s paternal grandmother was named Gemma Roma Libera Fragiacomo (the daughter of Antonio Fragiacomo and Antonia). Gemma was born in Trieste, Friuli-Venezia Giulia, Italy, then in the Austro-Hungarian Empire, of Italian descent.

Micky’s maternal grandfather was Uncas Johnson (the son of William Edward Johnson and Emma Miller). Uncas was born in Texas. William was the son of David Johnson and Nancy Caroline Hopkins. Emma was the daughter of Henry Miller, who was Swiss, and of Katrina, who was born in Bohemia, Czechoslovakia, of German descent.

Micky’s maternal grandmother was Mene Marie Hamby (the daughter of Charles Henry “Charlie” Hamby and Nancy E. Braddock). Mene was born in Texas. Nancy was the daughter of Joel Duverne Braddock and Lucy A. Cavendish.

Genealogy of Micky’s paternal grandfather, Josip/Giuseppe Blaž Ivan Dolenc (focusing on his own father’s side) – http://gw.geneanet.org

Genealogy of Micky Dolenz (focusing on his mother’s side) – http://wc.rootsweb.ancestry.com