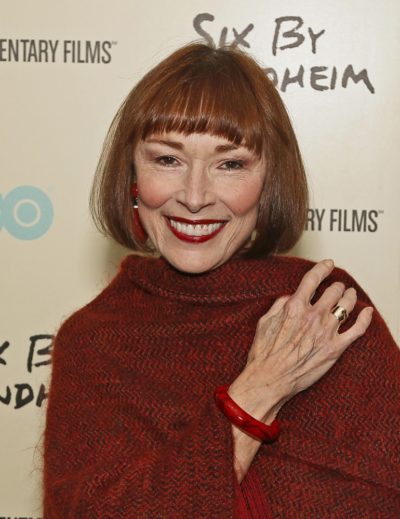 Karen Akers is an American actress and singer.

Karen is the daughter of Mary Louise (Adams), a chaplain, and Heinrick Christian Orth-Pallavicini. Her father was German, and was born in Breslau. He may have also had Austrian and distant Swiss-Italian ancestry. He was from European nobility, but dropped his title when he came to the U.S. Karen’s mother was American. Karen was raised a Roman Catholic.

Karen is married to Kevin Patrick Power, the vice president of the satellite communications company Orion Network Systems. She has two children with her former husband Jim Akers.

On my mother’s side, my grandmother is Russian, Norwegian, and French and my grandfather is Scots-Irish. My father’s side is Austrian on one side and Swiss-Italian on the other.

I grew up feeling more French than American in a funny way. My father’s European, and my grandmother’s Russian, and she and my mother spoke French all the time when I was growing up.

Karen’s paternal grandmother was Jenny Lydia Pallavicini (the daughter of Hermann Franz Teodor Pallavicini and Anna Mann). Jenny was born in Germany. Hermann was born in Waidhofen an der Thaya, Austria, the son of Johann Ludwig August Emanuel Pallavicini, who was born in Berlin, Germany, and of Karoline Pauline Auguste Kochius. Anna was also born in Berlin.