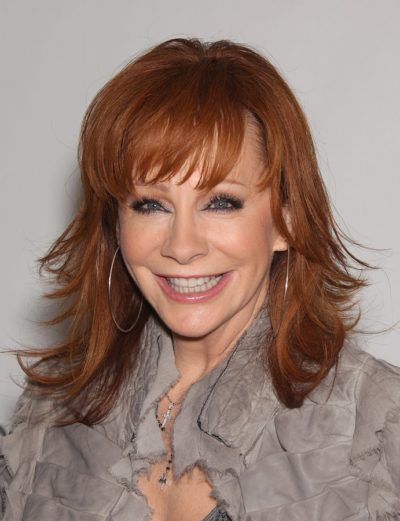 McEntire in 2012, photo by DFree/Bigstock.com

Reba McEntire is an American country music singer, songwriter, actress, and record producer. She has had major roles in the films Tremors and Spies in Disguise, and starred on her own series Reba.

Reba is the daughter of Jacqueline (Smith) and Clark Vincent McEntire, a champion steer roper. Her family has lived in the United States, and specifically in the American South, for many generations. Many of her ancestral roots lead to England, with a smaller amount being Scots-Irish/Northern Irish and German.

Reba’s paternal grandfather was John Wesley McEntire, a world steer roping champion, for 1934 (the son of Clark Steven McEntire and Helen Florida Sully Brown). John was born in Oklahoma. Clark was the son of John Zechariah McEntire and Elizabeth Stevens. Helen was the daughter of Gideon Thompson Brown and Emily Kemper Thompson Kelly.